In 1934, between the World Wars, a man was imprisoned, along with thousands of others, for demanding freedom and equality, even as their oppressors fought major wars with forced conscription by their colonized for what they said were the ideals of liberty and equality (just not for their Indian subjects, of course). Highly educated, eloquent and a voracious reader, he wrote a series of letters to his daughter introducing her to world history, and to everyone else, a perhaps unintentional, non-Eurocentric version of it. Both the father and daughter would go on to become the prime ministers of the world’s largest democracy.

Even as Nehru’s liberal, equal, secular, socialist ideals are being corroded by current events, I think he remains more relevant than ever as a man who fought for what was right and led his country to life and freedom. [Read it instead] 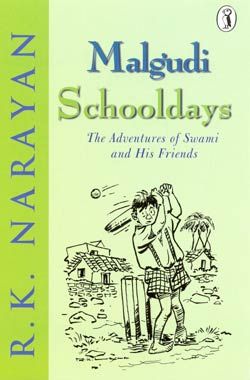 A childhood favourite, Swami’s antics have to appeal to everyone from anywhere. From trying to evade the “fire-eyed Vedanayagam” to regaling Granny with tales of how Rajam killed a tiger, Narayan never fails to delight. If you’re still unconvinced, the book begins like this:

“It was Monday morning. Swaminathan was reluctant to open his eyes. He considered Monday specially unpleasant in the calendar.”

Now, who doesn’t know that feeling?

And the cherry on the cake is that this hilarious children’s book is illustrated by Narayan’s brother Laxman, equally famous in his own right, the inimitable creator of “The Common Man”. 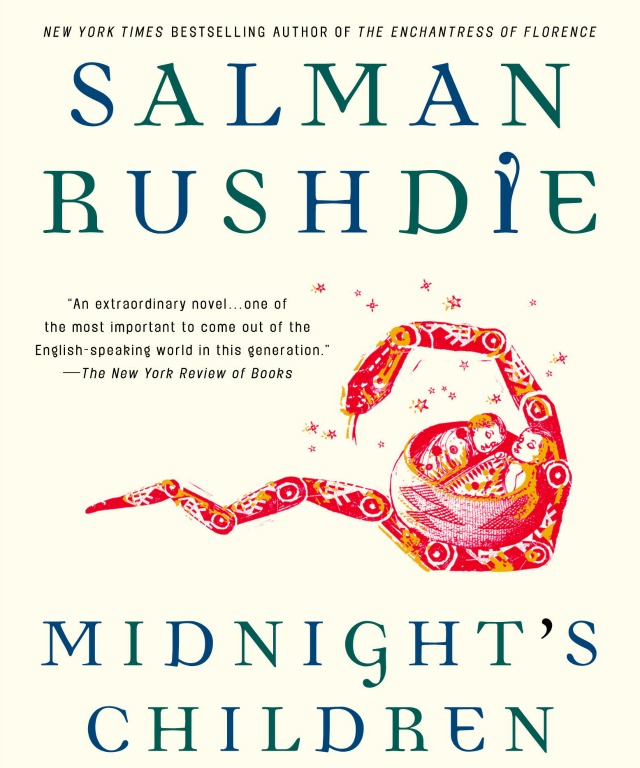 I must admit that I’m always surprised by the love and international acclaim that Midnight’s Children has garnered. Because it’s such an Indian book! Saleem being born in a saffron and green hospital. Saffron and green, saffron and green. Or the constant references to Shiva-Parvati. Parvati-Shiva. Or,

“…time, in my experience, has been as variable and inconstant as Bombay’s electric power supply. Just telephone the speaking clock if you don’t believe me – tied to electricity, it’s usually a few hours wrong. Unless we’re the ones who are wrong… no people whose word for ‘yesterday’ is the same as their word for’ tomorrow’ can be said to have a firm grip on the time.”

But hey, if I love Gabriel Garcia Marquez, knowing nothing really about Colombia, why shouldn’t someone love Midnight’s Children? Funnily enough, Rushdie says that his Indian fans often treat this book as “history” while everyone else calls it “magical realism”. I chuckle every time I think of it because I really do think of his tale as “history” and wouldn’t independently call it “magical realism” since it falls so neatly into the vast tradition of storytelling of the Indian subcontinent where miracles, curses, powers and history are all one big glorious story. Where words run into each other and stories take wild detours before getting back on track, or picking a different track entirely, where all tales are at least bilingual if not multilingual, and where Rushdie has managed the impossible: capturing the narrative style that mesmerizes children in their grandmothers’ laps.

I have never read an Urdu book in my life. Including this one. I listened to it on Spotify and was shocked, amused and more than a little irrationally pleased with myself, when I, a Hindi student of five years, could understand every word. Hey, I wasn’t a good Hindi student, whatever my marks may say and the bulk of my education comes from the streets of Bombay with a frequent refresher from Bollywood, which most purists would argue isn’t Hindi at all.

Anyway, taking it from the top. Politically and socially, Hindi and Urdu are two different languages. Linguistically, thankfully (for me at least), colloquial Hindi and Urdu are basically indistinguishable, barring dialect differences from the regions that predominantly speak them, though as a contrast, there are more dialect differences within Hindi than there are between standard Hindi and Urdu. Don’t worry though, India and Pakistan are working long and hard to separate the two, even as Pakistanis watch Hindi cinema without subtitles, Indians listen to Pakistani-Urdu music also without “translation” and a plethora of Indian and Pakistani cricketers crack bilingual jokes (English-Hindi/Urdu) at each other’s children’s birthdays.

Ismat Chughtai. Famous as the female, feminist, wildly popular author, whose work is so pervasive in popular culture that even if you think you haven’t heard of her, you probably have. I hadn’t intended to read her but the opening line of the first short story of the anthology captivated me. It translates to “His name was Abdul Hai but smitten women just called him hiiii (sigh). And he was, from head to toe, a beautiful and pleasant sigh.”

The rest of the stories continue in their tongue-in-cheek slice of life of an India that’s still eminently recognizable today. Ismat Chughtai makes me want to learn Urdu, even though the script is so calligraphic that it hurts my head sometimes, even as I gaze longingly at its beauty.

The Mughals ruled a large swath of the world once upon a time. Indian emperors of Persian, Turkish, Central Asian and Mongolian descent, their vast kingdom was fabulously wealthy, at the centre of world trade and one where “the average Indian peasant enjoyed a relatively higher income and lower taxation than his descendants ever would again.”*

What might it have been like to be a princess, a queen, a citizen of such an empire? Especially one that seems to have lent so much of itself to fantasy fiction?

Most of the trilogy follows its most compelling character: Noor Jahan.

I had been taught about her in history class of course. Jahangir’s wife who ruled in his stead. “Was Jahangir a weak king because he let himself be ruled by his wife? Discuss.”
I wish my history teacher had reminded us that Noor Jahan ruled at a time when women were neither seen nor heard. They ran the harem, the palace, some personal trade and extensive spy networks, but were expected to stay out of the man’s business of administration, warfare and diplomacy.

In such a time, in patriarchal Hindustan, where women were veiled and didn’t socialize with strange men (has India really changed in eight hundred years one might wonder), Noor Jahan stood out as a woman who wouldn’t be cowed into submission by men, who rode out into battle to save her kidnapped husband, the King, and who was the only Mughal queen to have coinage issued in her name. She was pretty badass!

The story is about romance, political intrigue and bringing Mughal India to life. Noor Jahan or Mehrunissa, her birth name, even spent the last of her days constructing her father’s tomb with the pietra dura technique from Rome.

The most famous structure that uses the same technique, indeed was inspired by Mehrunissa’s father’s tomb, is of course, her niece’s mausoleum:

The pinnacle of Mughal architecture.

The monument of Shah Jahan’s eternal love for his wife Mumtaz Mahal.

Shah Jahan, or Khurram, is an ambitious prince before he becomes the “King of the World”. Mumtaz Mahal, or Arjumand, while of course having conclusively captured Shah Jahan’s heart in her lifetime, is also both petty and compassionate, and has no love lost for her illustrious aunt who oversteps her bounds into male territory.

I love how famous historical characters are humanized. I love that the events leading up to the construction of the Taj are fascinating, convoluted and full of subterfuge. All in all, it’s just an eminently readable, if not entirely accurate, version of history.