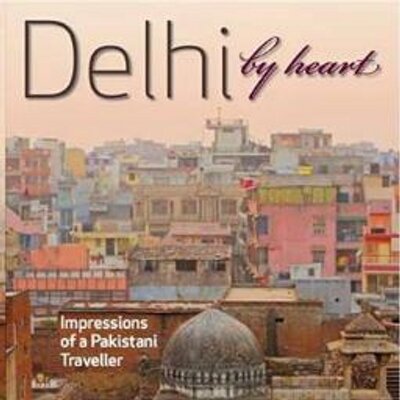 I have visited Delhi a couple of times, but it still feels like we have unfinished business. There’s too much history to cram into a single trip! With a friend’s wedding coming up in Delhi this year, I want to take time off to roam through the different eras of the endlessly fascinating ancient city that seem to blend together seamlessly. I’m really looking forward to stocking up on my endless book collection at Bahrisons, wandering aimlessly through patli-galis and visiting Mirza Ghalib’s haveli (a man who until recently was just a name – more on that in a different post). I chose Rumi’s Delhi By Heart out of all the Delhi books that I want to read because there unfortunately don’t seem to be a lot of experiential books on the city by a local! William Dalrymple’s City of Djinns was a contender, but the perspective of someone from the same culture but the other side of the border piqued my curiosity much more.

By Robin Yassin-Kassab and Leila Al-Shami

Images from Syria over the past week have been seared into my memory. Any time the news is on, I hastily (ashamedly) avert my eyes from the chemical attack on the civilians in Douma because it’s too traumatic to watch. While world leaders argue about whether or not Assad really did use “chemical” weapons, I wonder what got the Muslim-majority Syrians into the mess of being caught between their Muslim dictator and an Islamist terrorist group. I underline that most of the citizens are Muslims because it seems like these days people need to be reminded that the overwhelming majority of the victims of terror attacks are Muslim and that the majority of the places where ISIS attacks have taken place are Muslim countries even if popular media goes out of its way to ignore this information since it doesn’t sit very well with fanning the Islamophobia flames.

For instance, I do enjoy watching Trevor Noah and think that he’s quite funny, but was unamused that he (and CNN) were shocked that Buddhists could be violent, since it’s the “most peaceful religion of the major religions”. Does the religion of a government really matter when it is persecuting its ethnic minority? Does a faith that one chooses to adhere to (or more often, is born into) make them an inherently better or worse person? Isn’t glorifying a religion just as bad as vilifying another as it creates fertile ground for religious stereotyping and discrimination? Would the tone have been different if the Rohingyas were not a Muslim-majority minority? Where will we be if even liberal news can’t seem to tell the difference?

Answer: At a place where there’s been a 7 year long war involving Syria, Russia, USA, Iran, Iraq, UK, France, Turkey, Saudi Arabia et al and the Shining City On A Hill slams its doors on the victims’ faces because they are purported to share the same faith as their murderers. Peachy.

I need to read a book on this war, as hard and disturbing as I find it.

Inferior: How Science Got Women Wrong – And The New Research That’s Rewriting the Story

On the coattails of righteous anger comes another pet peeve: having to constantly educate, reason with, cajole and snap at the human population (mostly male, I’m afraid) about how women aren’t “also there” in the human story. (While being told off for getting “too worked up”, “too loud”, “calm down” for snapping). Just because history was written by people in power who refused to allow or even identify other stories as history, and just because scientific research has historically dropped the ball on gender (among others) and just because we live steeped in gender (and other) stereotypes today, doesn’t mean that it’s always been like this and that it always has to be. The Secret History of Mongol Queens will be happy to set the record straight, and it’s about the 13th century – not so long ago really.

Inferior has been excellent so far and I do like that the title has an optimistic note to it: “And The New Research That’s Rewriting the Story”.

Alia Bhatt is my favourite new actor and I can’t wait to watch her next movie! The trailer was released earlier this week and is the story of an Indian Kashmiri woman who infiltrated Pakistan as a spy in the war of 1971. Not only am I looking forward to another masterful performance by Alia, I also think that this film comes at a very interesting and trying time in domestic politics. To have a Kashmiri Muslim woman portrayed onscreen as putting her life on the line for her country, her watan, is a reminder to the ruling faction that she too is Indian – though I don’t have high expectations of introspection from adherents of an ideology that abets inequality. The movie, Raazi, is based on the book Calling Sehmat and while I would like to read the book, in an uncharacteristic turn of events, I’m not sure if I want to risk ruining the movie… I’ll probably pick it up later because I am curious. Also, I probably need a crash course in the war of 1971 first anyway.

I’m cheating by adding Sapiens to this list because I have been reading the book on and off for the past several months. It’s well-written and authoritative, or at least accessible, and the story of humans on the planet, how we came to be and spread out across the globe, living in climes that our monkey exterior isn’t suited for is mind-boggling! Another facet of the book that struck me especially is that while I have had to study and read about human evolution quite thoroughly, I felt, no one had bothered to tell me about how evolution affected women and consequently the entire species! The background is that baby mammals are remarkably advanced, for instance a foal can start walking mere hours after birth. A baby on the other hand takes several months to learn the same. Turns out when early humans stood erect, uteruses shrank. By the nature of natural selection, premature births were favoured since those babies were smaller and could be pushed out more easily without, for the most part, harming mother or child. This meant that human children were unprecedented in known mammal history: they were malleable enough to be given a deep and diverse education, and after all, if intelligence is a measure of how much one can learn, humans win in the animal kingdom! All because we stood erect and women’s child-bearing organs shrunk – fascinating! And note to other authors: this (unless it disappoints me down the line) is how you write human history and evolutionary biology, not by ignoring half the population of humans.

My book choices this week all seem to be about current events, history, minority rights and science. It was really fun to create this list and I hope that the next time I do one,  I have more variety!

One thought on “5 Books On My Mind This Week”